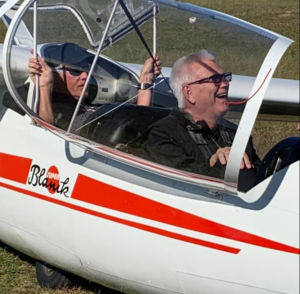 Hello, all:
We completed ten flights today.  Lexy H. was first up with Steve R. for the first three flights, followed by someone who stopped by to purchase a ride for his son.  Then, Jeff F. bought two rides for an old friend and his wife.  Steve had one more flight before his break, an 83 year old woman who was back for her third flight in 15 years.  She drove two hours to get to Blair.  Dave L. then flew a solo flight, followed by Jaime A., who flew with Steve.  Steve did the hangar flight with a ride.  Frank did the towing.  Thanks all.
Tom